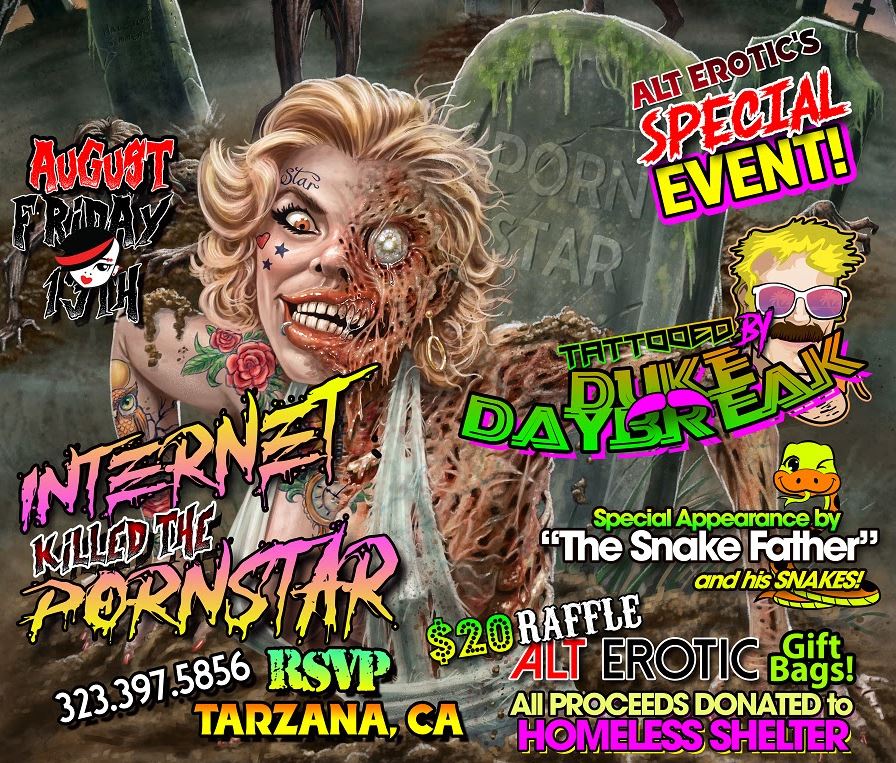 The festivities kick off at 8pm at Alt Erotic’s private studio in Tarzana, with a full red carpet for media, with photo and interview opportunities. Tattoo artist Josh (aka Duke Daybreak) will be on hand to ink the first five interested attendees with original Friday the 13th designs until 11pm.

AltErotic Gets Interactive with Fans for Ink Motel #4 Release

AltErotic’s Biggest Stars Get into the Holiday Spirit with Their Favorite Traditions, Plans

Guests can also take advantage of two unique on-site photo ops to liven up their socials: they can pose with a live snake until 9-10pm, courtesy of The Snake Father, as well as with two pre-built duplicate sets from Alt Erotic’s popular Ink Motel #3 and Inked Raw films.

Sascha began his journey in 2005 when he started the site MyTattooGirls.com, the only site that features real, live tattooing and sex simultaneously. “Having had a lifelong fascination with tattooed and pierced women, I decided that I would create a site that brought the excitement of tattoos, piercings, and sex together”.

The site currently boasts an impressive network of sites that cater to alt models, including its podcast KingSlivan.com and YouTube channels Slivan.TV, Tattoo Addition and the soon-to-launch Twisted Crowd. To learn more, visit AltErotic.com.

AltErotic Gets Interactive with Fans for Ink Motel #4 Release

AltErotic’s Biggest Stars Get into the Holiday Spirit with Their Favorite Traditions, Plans

Chicago – In the spirit of the holidays, AltErotic’s...

Madison Morgan & Sascha Ink in “The Secrets” from GlamGonz

Misha Montana & Derrick Pierce in “The Secrets” from GlamGonz